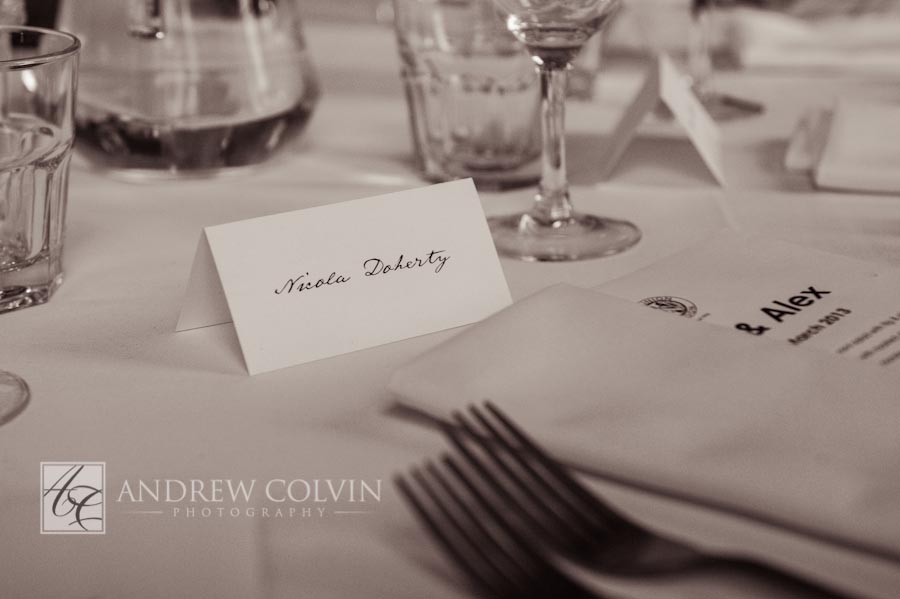 Just a few more bitty things to mention … And by the way, I haven’t mentioned everything. Like: the little place name things above? My colleague Christine designed and printed those and I think I folded them while watching Gossip Girl. Random little things that you don’t even think of, that probably aren’t essential, but that have to be done if you want them: wedding planning is made of these. 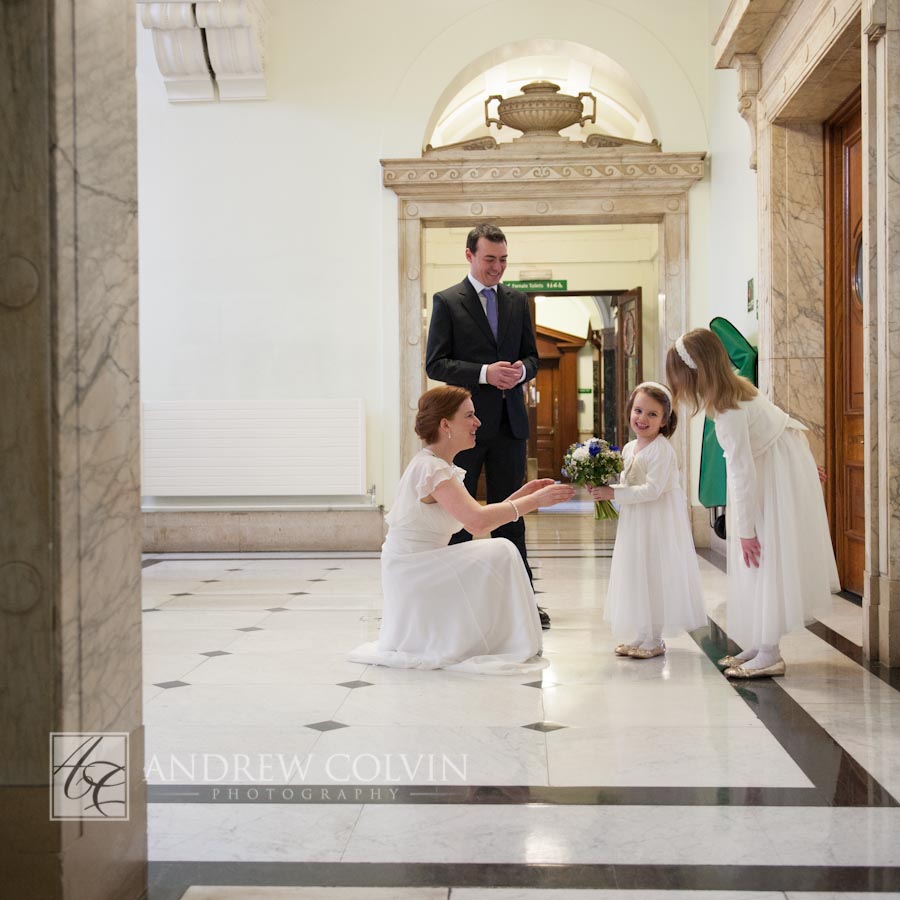 The dresses came from good old Monsoon; I think it was the beaded Estella dress in white. Regardless, it was gorgeous and if it had been bigger I would have worn it. The girls looked adorable. They chose their own accessories including golden sparkly shoes which they loved (although my niece did confide to one guest that they were ‘murder’ to wear). 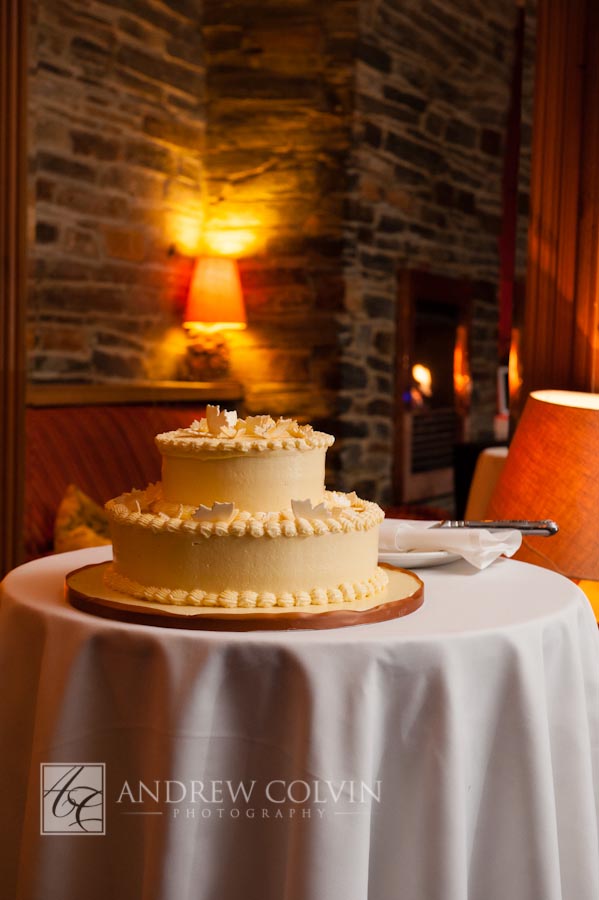 Isn’t it pretty? I ordered it for a very reasonable £200 or so, over the phone from Heriot Cake World. It was a chocolate Guinness cake; I didn’t mention that it was for a wedding. I also didn’t get to eat any because I was so busy running around but apparently it was delicious. I also barely ate any dinner. Top tip: ask your venue to doggy-bag your food to take home for the next day, and also to save you a slice of cake. 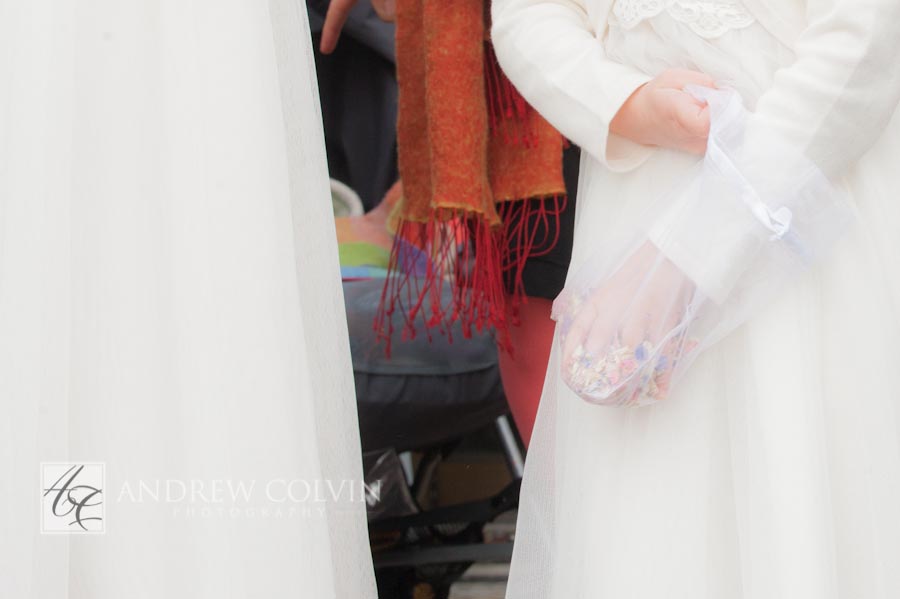 Islington Town Hall doesn’t allow artificial confetti (love it) so I found natural flower petals here. Done. (Except not quite done; I started fretting over whether we should supply little paper bags for confetti so it wouldn’t get squashed in peoples’ hands …. What was I thinking? Luckily my friend C intervened and bought it all and sorted it before I went completely nuts. Whew). 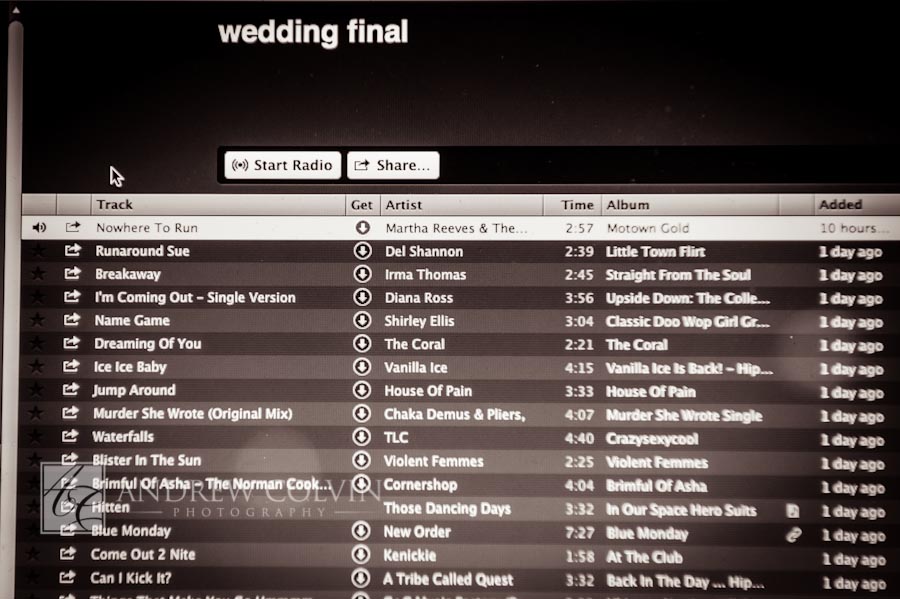 Rather than try and find a DJ we thought it would be easier to make a Spotify playlist. The problem was, we have totally different taste in music. I have the musical taste of an eight-year-old girl: Alex is indie and obscure. He wanted Ash and Casiotone for the Painfully Alone; I wanted Madonna and Robyn. This caused the biggest and really the only fight we had in the whole of our wedding planning, during which the words ‘I hate the wedding’ may have been uttered. In the end we compromised and it was all fine. Oh, until Spotify dropped the connection and we were left music-less. My friend Jaremey brilliantly fixed it all and the dancing went on. I didn’t even notice.*

And that’s the thing about weddings. The best things are the ones you didn’t plan for, didn’t expect, and that other people bring – literally – to the table. 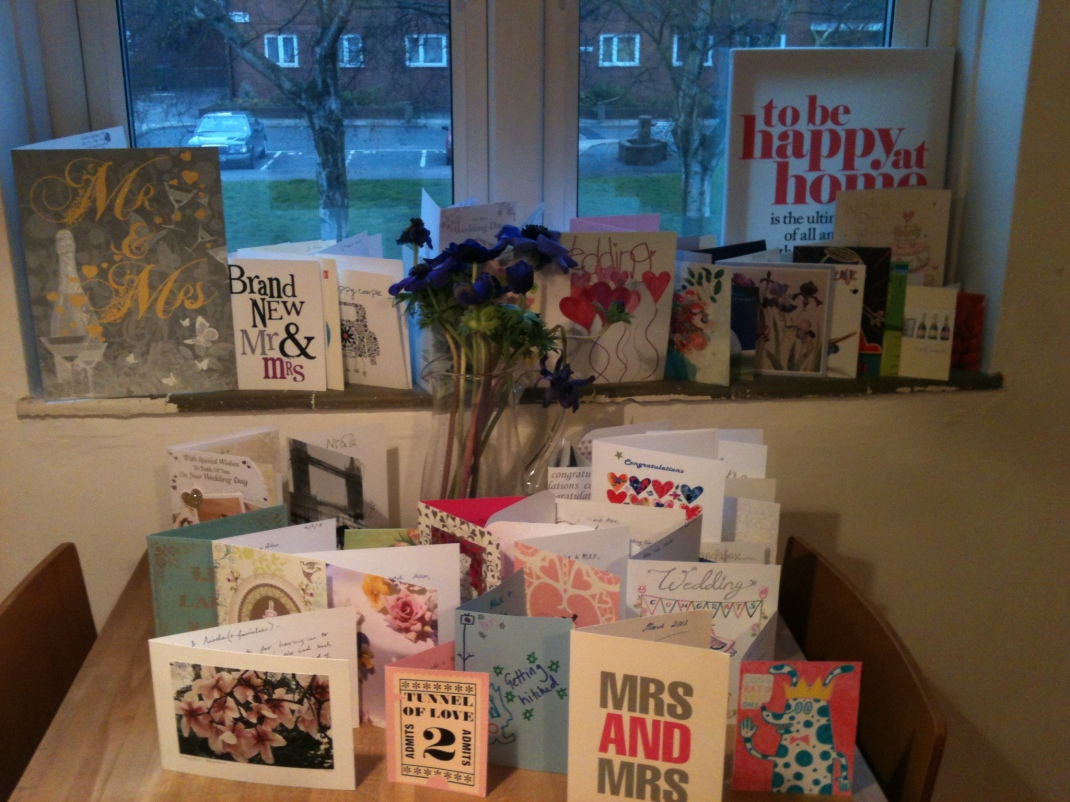 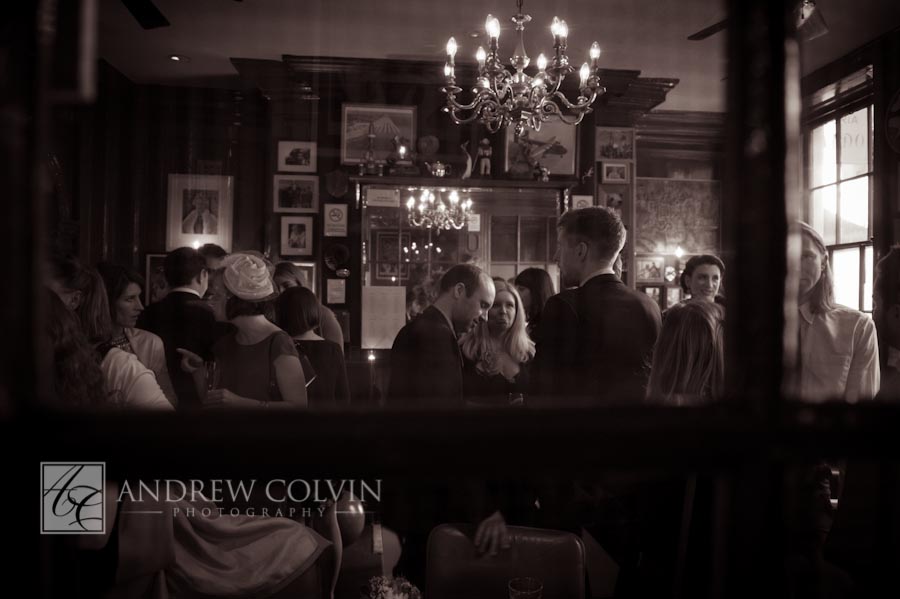 We didn’t exactly buy him on the internet (as I knew him IRL) but I can’t finish this series of posts without mentioning our amazing photographer Andrew Colvin. We barely noticed his ninja-like presence all day but we have photos we’ll treasure for years. This was thanks to his artistic eye but also all the care and preparation he put into the day, from checking our ‘must-have’ pictures and a roll call for family shots, to going over the timeline with us during multiple Skype sessions. He also made the brilliant suggestion of having all the family and couple portraits done before the ceremony – DO THIS. And book Andrew now! 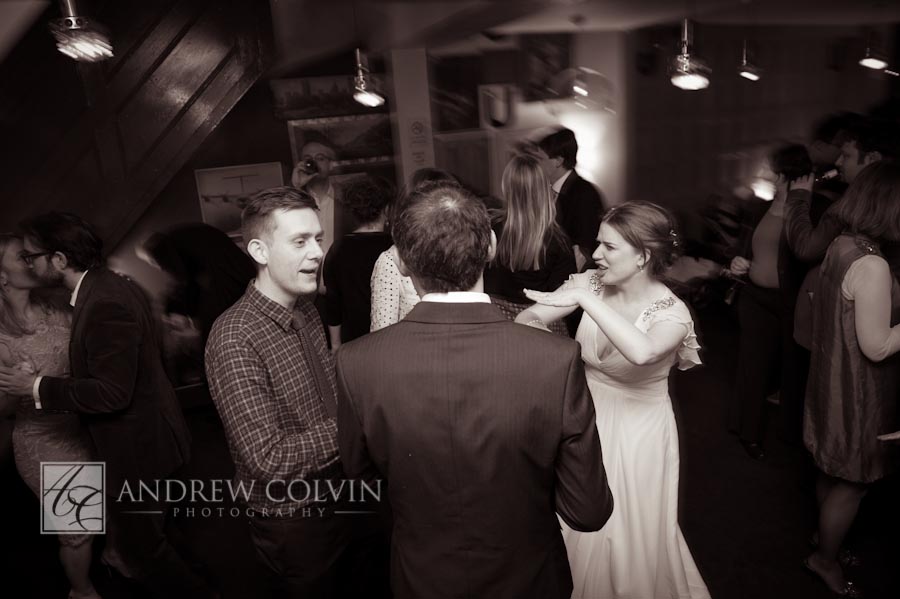 I hope this series has been helpful if you’re in the wedding weeds yourself. But remember, all you actually need to get married are ‘a man, a preacher and a dress’ – or in 21st century terms, a partner, a legal ceremony, and maybe some rings.

Everything else is just icing on the cake. 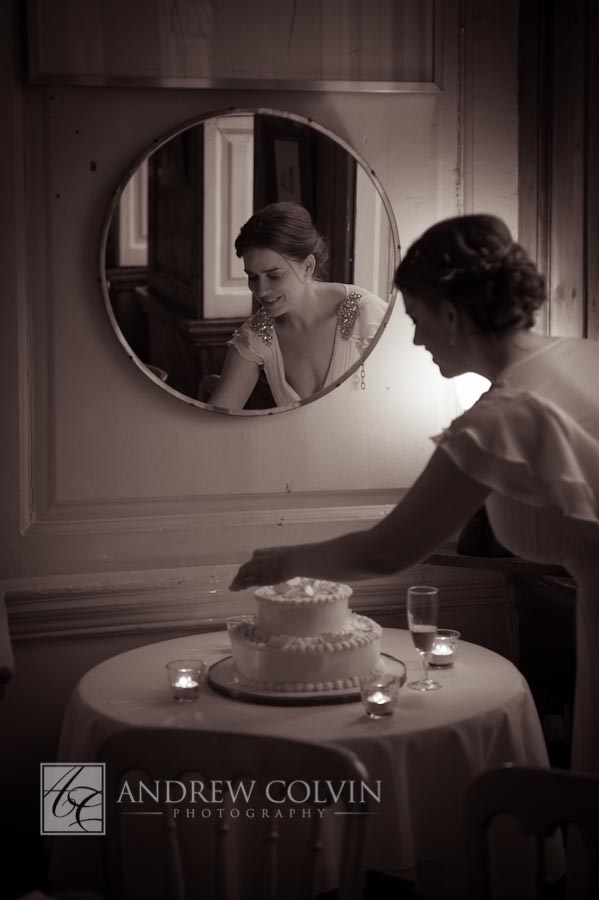 * (Amusing side note: we decided not to do a first dance, but when the music came on it was clear we had to dance first. So we ended up having our first dance to ‘Nowhere to Run’ by Martha and the Vandellas).