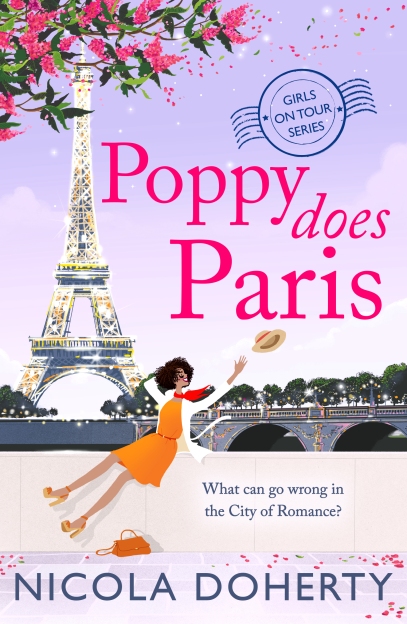 Together with my lovely publishers Headline, I’m very excited to be announcing GIRLS ON TOUR: a series of 5 e-book shorts featuring a group of friends, glamorous locations, fun adventures, hot men and romance!

Each story features a different girl having an adventure abroad – Poppy on a work trip in Paris, Lily at a wedding in LA, Maggie on a skiing trip in Meribel, and Rachel on a girls’ weekend in Rome (with Maggie and Lily!). In the final book they all join forces for a weekend in New York. Power Rangers Assemble!

The girls all know each other, so you’ll meet the same characters again and find out what happens to them over the series. You’ll also meet characters from my previous two books. Poppy is Alice’s best friend in The Out of Office Girl. Rachel, Oliver and David from If I Could Turn Back Time all feature in Maggie Does Meribel and Rachel has her own story in Rachel Does Rome. (NB: There are full blurbs and a sneak peek of Poppy Does Paris at the back  of If I Could Turn Back Time …)